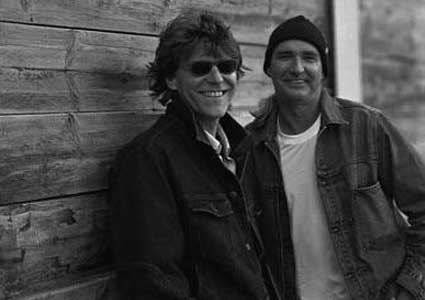 Way back in 1981, on the same night the “White Horse” groove was born and jammed onto an 8-track tape recorder, we also did some other recordings.
They were never completed and have stayed on the shelf ever since.
Recently, in the process of transferring old analog master tapes to digital, we came across those vetust 8-track tapes, and when listening again, we found the unused material quite up-to-date.

One of the unfinished grooves we consider musically being a brother to “White Horse” has now been completed by just adding bass and vocals. The lyrics for this track, written by Arthur Stander, go back to the same period of time and from a trip to Los Angeles trying to shop some songs… the coolness of the A/R guys there gave us the inspiration!

The poetic kinda rap lyrics have been played around with in various forms over the years. In 1985, an earlier version was included on the album “Play It Straight” as “CC Cool”, but now here in 2010, we feel the lyrics have finally found their right groove. The track is called “Cocaine Cool”, back to its original title.

Artistically, it has been quite satisfying to complete a 29-year old recording, still to find it sounding fresh and relevant to share with the World today. It also signals the dawn of a new era and more to come.

For now, we hope you will enjoy this track, along with our self-made video.

Good vibes from Laid Back.