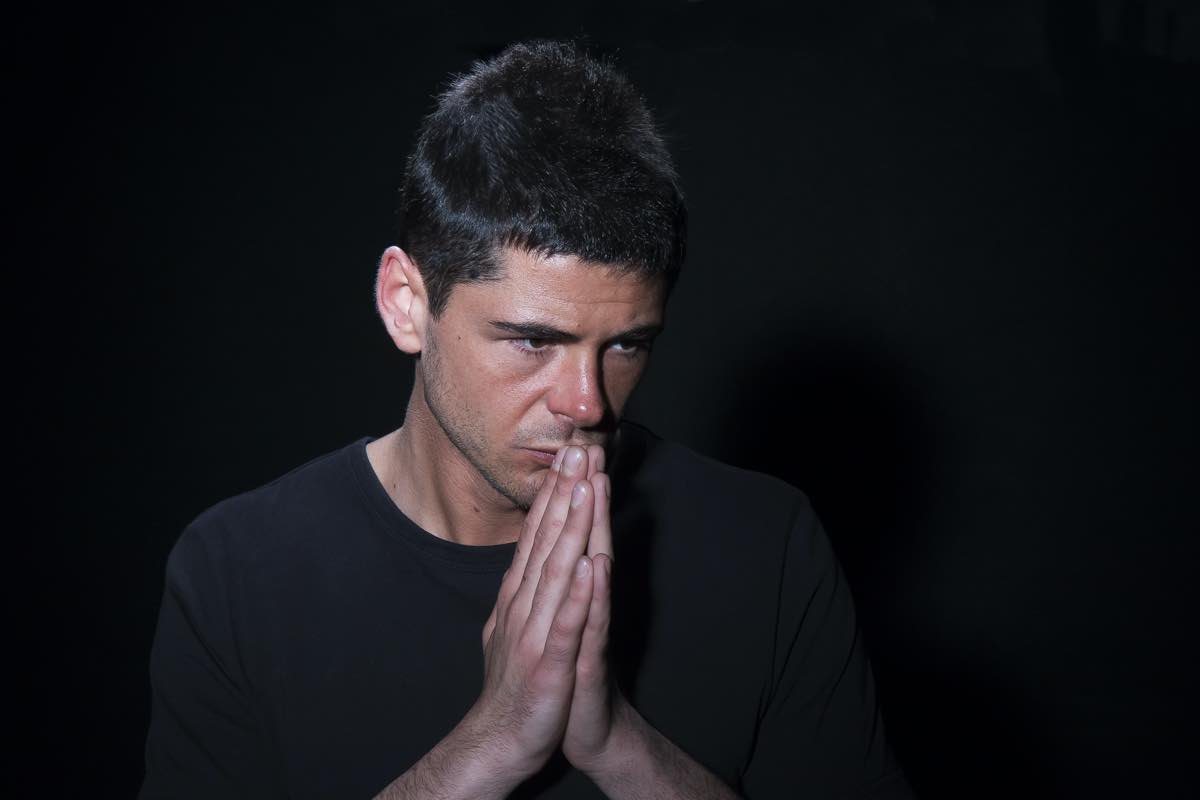 Steve Shaden is one of the Italian stars in the techno heaven. He has performed in Bosnia, Serbia, Slovakia, the Netherlands, Italy, Kazakhstan, Germany, Portugal, Switzerland, Austria, Hungary, Scotland, England and has produced hits since he was a teenager. Since he was 17 years old, he convinces with dark and gloomy tracks that combine a mixture of energy, rhythm, old school beats and massive basslines. And this is exactly what he proves again with his new 3 track EP „It’s my time“ on his own label Exe. Released today, tuesday (September 8th). And already in the presale phase for this EP, Steve got a lot of support from very big names of the scene for it. Drumcode boss Adam Beyer, Amelie Lens, Luigi Madonna, Fernanda Martins, I Hate Models, Regal and Boxia have already played the tracks of the EP. And this is not the first time the Italian has received so much support. Charlotte de Witte, Amelie Lens, Adam Beyer, Richie Hawtin, Chris Liebing, Sam Paganini and Paco Osuna have played his tracks in the past and for Charlotte de Witte he was even allowed to mix an exclusive podcast for her KNTXT series on the radio station Studio Brussel this year. The 30-year-old is also producing in the highest league. So far, he had 30 number 1 hits on Beatport, 54 of them made it into the Top 10 and on renowned labels such as Suara, OFF Recordings, Phobiq, Naked Lunch Records, Trapez, Reload Records and Funk’n Deep Records. So we are curious to see where his new EP „It’s my time“ will appear in the charts this time. But with the support he is already receiving, we can already guess where he will end up. 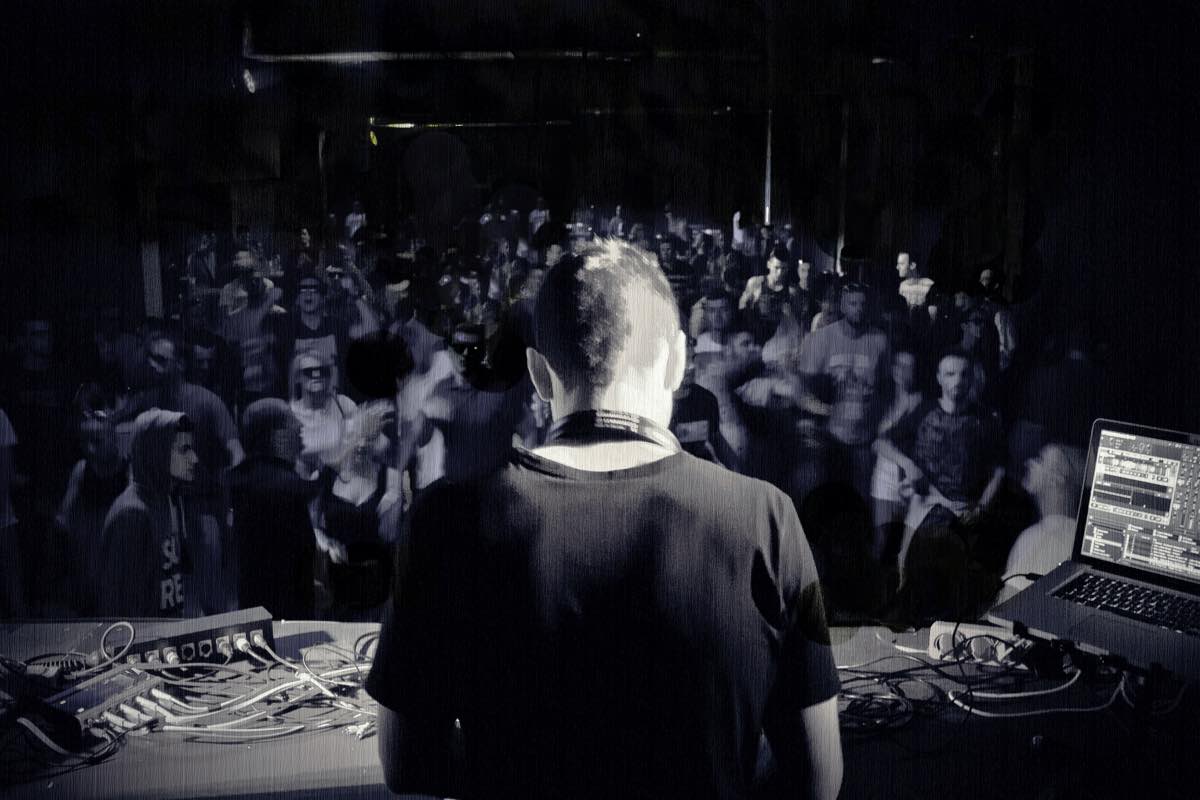 You released your first tracks at the age of 17. How did your beginnings look like?

At the age of 17 I was actually starting my approach to electronic music, experimenting a lot, but without a clear idea of what I was doing.
However, this allowed me to learn working methods and equipments that now belong to another era and that are no longer used today in the production field. Just imagine that 15 years ago it was practically impossible to produce and finalize music at home without going through recording or mastering studios. This is because many gears (compressors and equalizers, for example) were only available as hardware and not in digital as today. It was certainly all much more cumbersome and complex the process of producing a track, as there were no sample packs, or vsts with pre-made and ready-to-use presets inside, but I must say that there was much more carefree and creative freedom than today, where everything has become much more standardized and creative freedom is much reduced.

Why exactly is your EP called: It’s my time? What time is right now for you?

The title of the ep and the main song of the same were chosen during the start of the loockdown here in Italy.
I therefore wanted to create a song with a captivating vocal, which could easily be remembered, and which could generate a feeling of energy and the desire to return to dance and have fun all together, because, in the end, this is our time, are our years.
I really like using titles and vocals in my tracks that generate different sensations in each listener leaving a free interpretation of the meaning of the song.
This is also the beauty of music in my opinion, creating a bit of mystery around a song and letting listeners fantasize about its meaning, which doesn’t have to be the same for everyone.

It seems that this EP is especially important for you. Why?

It’s true and I’m glad you got this feeling.
The more you grow as an age and as an artistic level, the more you give greater importance to every single work you engage in … it’s part of the mental growth of every human being, I think.
I am particularly proud of this EP not only for the excellent feedbacks received at the moment, but also because I believe it is a very elaborate work from the point of view of the musical arrangement and the creation and choice of the sounds themselves.

You released the EP on your own label „Exe“, which was awarded in 2019 on 47 of the best labels worldwide on Beatport. Is it important to you that your tracks are also released on your label, you already had releases on labels like Suara.

yes, I have to admit that I am very proud of my label’s achievements last year.
We had been open for about ten months when we were included in the annual beatport TOP100 and this made me realize that the path we took was the right one, even if I never thought I would achieve a prestigious milestone in such a short time.
I opened my own label because, in my career as a music producer, I have had the opportunity to work for many labels, and after many sacrifices and hard work I have also managed to release my music in some of the most prestigious labels on the market, such as Suara, Analytic -Trail (label by markantonio), Pornographic records (label by Cristian varela) and many others.
I am not a lover of comfort zones, I prefer and love to get involved and create new goals that I want to achieve, therefore, when I noticed that the motivations and ambitions as a producer had dropped, I wanted to try my hand at a new challenge, creating something mine where I could express my vision of techno music and also promoting the music of other artists that I respect and who make a genre that I like.

How much does it mean to you that stars like Adam Beyer, Charlotte de Witte, Amelie Lens, Joseph Capriati, I Hate Models and Luigi Madonna have already supported your EP?

It is always a great honor and pleasure when very famous and established international artists support your works.
It makes you proud and inspires you to keep improving yourself and, at the same time, rewards you for the work done.

How sad are you about the fact that you can’t play these tracks in the club in front of thousands of people?

This is probably the saddest thing.
For a music producer there is no greater thrill than hearing a “roar“ from the crowd when you play or when other artists play your tracks.
I am sincere and I admit that I postponed the release of this EP of two months, hoping that the situation was better at the beginning of September.
Unfortunately, however, the current situation does not yet allow us to be able to celebrate all together and, consequently, we cannot even test our new productions in front of the public, which, after all, is the most important judge.